To View/Read a PDF please click the title below: 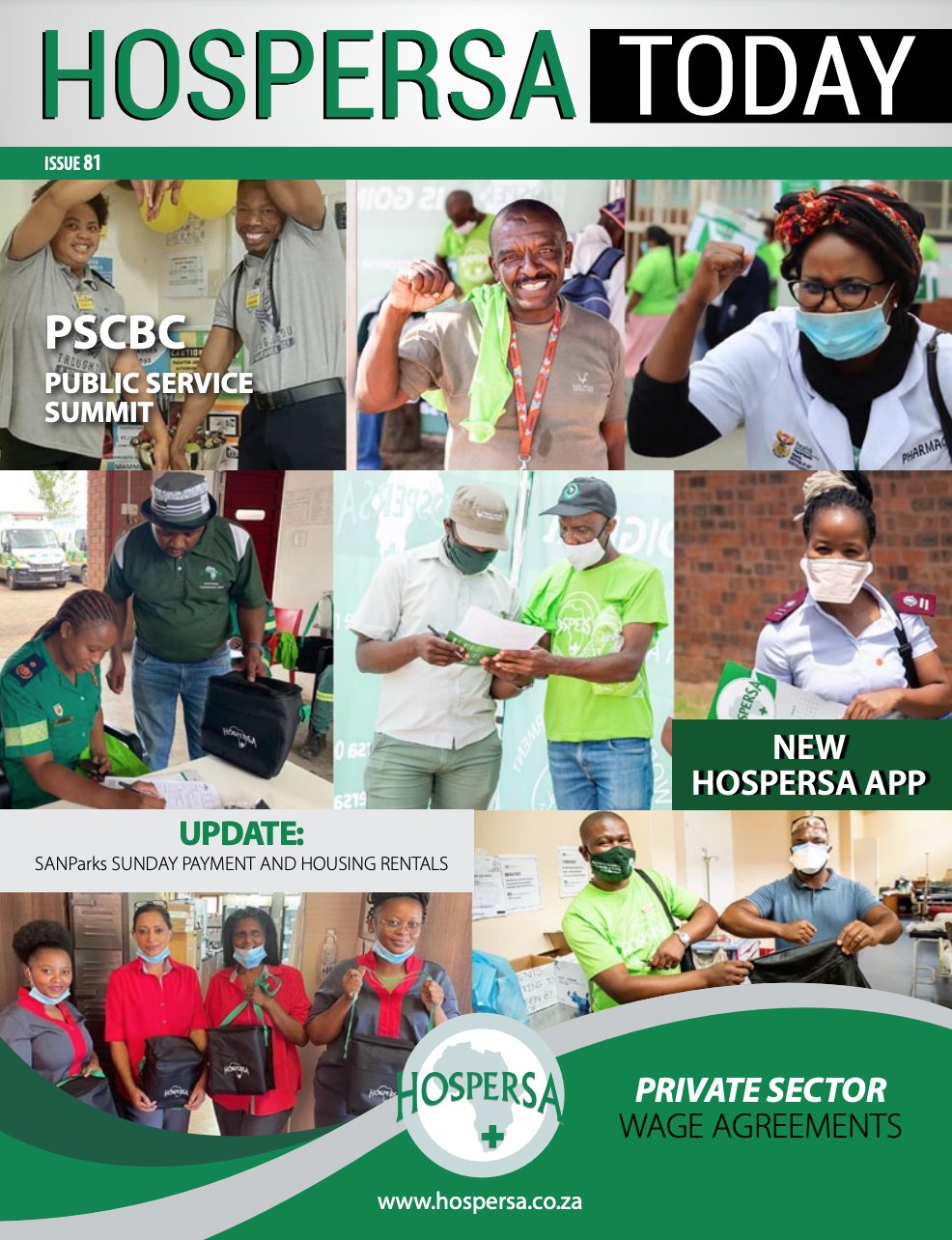 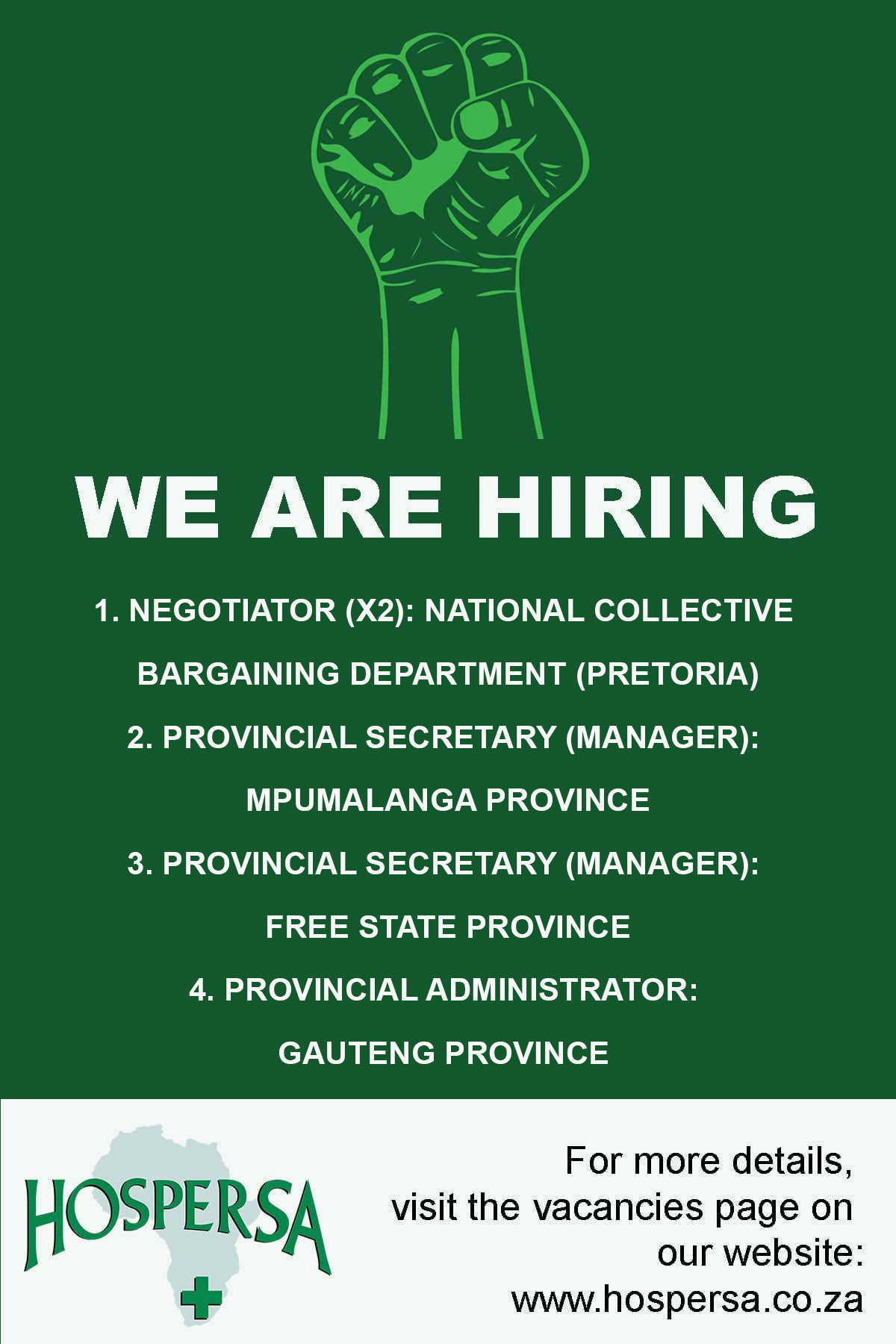 About 60 years ago, a group of public servants employed at provincial hospitals in the public sector identified the need for individual and collective representation, which resulted in the formation of the Hospital Public Servants Association in the former Transvaal. In 1989, it merged with the Association of Cape Provincial Hospitals to form the Hospital Personnel Association of SA. In the same year, employee organisations received recognition and the right to bargain collectively for their members. With the achievement of this milestone and with the growing sense of democracy that pervaded the country, Hospersa sought recognition as a trade union – and was registered with the Department of Labour, as a trade union, on June 3, 1994. Hospersa expanded its operation to the Free State and KZN. In 1995, a further merger occurred when Hospersa and the Natal Provincial Administration Personnel Association amalgamated.

As a democratic, worker-driven organisation, Hospersa represents workers in the following sectors:

Committing to maximum unity among workers in all sectors. Striving for human dignity, effective service delivery and protection of our members’ rights in the workplace as well as in civil society, in line with Hospersa’s Constitution.

To render a professional service to all our members through democratically elected structures which are mandated by members in the interests of protecting them against any unfair practices.

To encourage professionalism of all our members towards each other and ensure that the community is treated with respect and dignity.

To unite and organise in all sectors in which our beliefs, values and aspirations are shared.